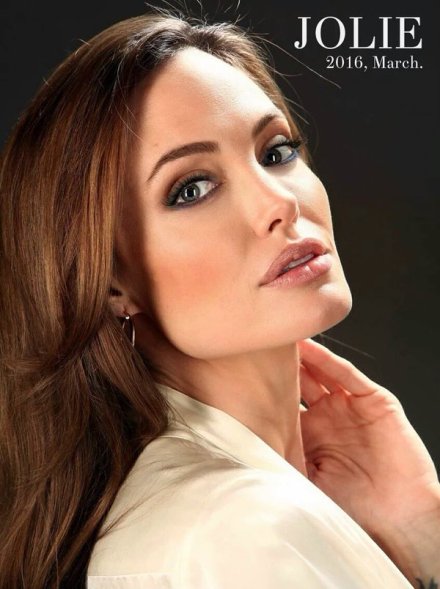 A well-known Brit comes to America. A classy American goes to Britain. That describes Amal Clooney and Angelina Jolie’s latest moves. Clooney is serving as a visiting professor at Columbia University, Jolie heads to the London School of Economics. They bring style and smarts to the “Beauty & Brains” factory.

In Variety Jolie said she was “looking forward to teaching and learning from students as well as sharing my own experiences of working alongside governments and the United Nations.” Jolie & Clooney get to imagine life in a Game Show as: Press Play, FF or Pause Here: Guess What Happens to Your Career?

Clooney is sharing her experience as a human rights lawyer to the Ivy Leaguers. Jolie plans to bring her expertise on women’s issues. They’re models of service excellence. This is seen in how they make their hearts sing, passion felt and greatness soar. That’s more than just being viewed as eye-candy.

Jolie has developed her acting chops to land among Hollywood’s royalty. She continues to expand on professional goals to achieve service greatness. These feats come from tapping into her talents, purpose and super gifting. For Clooney and Jolie that’s more than just being married to George & Brad.

Recently Jolie had to take a pause for health reasons. She did beat it and is back stronger. Her career has also seen times when things happened in fast-forward. But their love for what they do comes through as they press play in the workday. For them “service star-power” is more than getting rich in their niche.

Brit comes to America. To teach at Columbia. American goes to Britain. To raise women’s issues curtain. Angelina Jolie on a mission. To counter some confusion. Amal Clooney sharing notes. That might serve as quick quotes. So they bring style and smarts. To the “B&B” factory training hearts.

Telling Variety about her desire. To pop and burn just like fire. So students get a real sense. Of living past, present and future tense. For working alongside others peeps. In making United Nations bold  leaps. Imagining life in a Game Show. Press play, ff or pause with career mojo.

Clooney as human rights lawyer. Building-up tomorrow’s scholar. Jolie as women’s issues advocate. Building-up glass ceiling syndicate. Models of service excellence for sure. For those of fame or the poor. In making their hearts sing. Passion felt and greatness ring. More than just an eye-candy thing.

Jolie with acting chops specialty. Lands her among Hollywood royalty. With goals for service greatness. Better now forget the lateness. Feats putting talents on the rise. Purpose and gifting win the prize. For them more than just what’s had. Or being married to George & Brad.

After Jolie paused for health scare. As women became more aware. Did beat it and back stronger. A case of persevering longer. Seen times of fast-forward career move. Which put things in new groove. Love for the work by pressing play. Comes through in their workday. Now that’s service star-power hear them say. 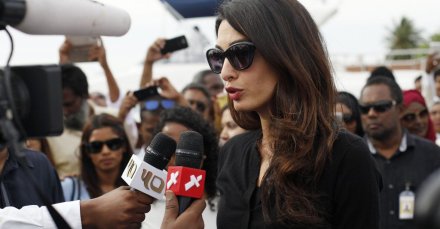 Tip: Service in the marketplace isn’t about more bling but about pressing play and letting your heart sing.

“People who ‘jump on their dreams’ will use a deeper purpose to turn a bright spot of an idea into inspired action and an imagination shift into greater traction.”