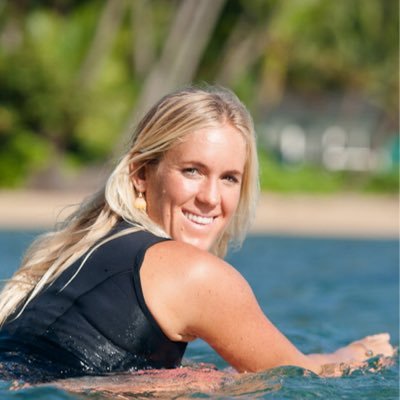 One way to describe Steve Harvey is “comedian at work.” His thing is to bring jokes to the joint. For Bethany Hamilton, a way to describe her is “surfer at work.” She kinda knows how to walk on water. Both Harvey and Hamilton make what they do at work, play and the everyday look like a walk in the park.

Harvey appears in People Magazine, while Hamilton told the Today Show “All of us have that passion for certain things. It may not be surfing. But whatever that passion is, just go for it.” They know there’s no mountain high enough, no ocean wide enough, to keep “awesomeness at work” from breaking through.

A few years ago Hamilton lost her left arm to a shark attack at age 13. She didn’t take long after recovering to face her fears by returning to the surf board. She recently placed third in a surfing competition, beating out other world-class athletes. It was her highest career finish ever at this event.

Looking back to the early years for Harvey includes a time being homeless and living out of his car. Now he’s seen as the “$100 Million-Dollar Man.” Harvey and Hamilton embody the ideal of putting passion to work and making progress in life’s journey. For Hamilton, it’s like going from party girl to soul surfer.

She might relate to Harvey’s story in People. During his setback he heard God’s voice telling him “If you keep going, I’m going to take you places you’ve never been. It was like God saying don’t quit, you’re almost there.” So even when awesomeness feels stuck, there’s room to make a buck or stretch your luck.

“Comedian at work” is Harvey at his best. Bringing jokes to the joint or TV fest. “Surfer at Work” is Hamilton’s story. Kinda walks on water to showcase her glory. Making what they do at work or play. Look like a walk in the park any given day. He’s all over the TV screen. She’s big on the surfing scene.

Harvey in People Magazine cover shoot. Talking ‘bout his pot-of-gold loot. Hamilton in Today Show feature. Talking ‘bout her game as a passion creature. Saying if surfing or whatever it is. Just go for it like folks in showbiz. No mountain high or ocean too wide. To keep awesomeness from breaking out in stride.

After losing left arm from shark attack. She didn’t see it as a life hack. Not long after in facing her fears. Returned to surf board past the tears. Placing third in surfing event. Still doing what she must to pay the rent. Beating out world-class athletes to reach semi-final. Highest career finish she writes in her journal.

Back in the day Harvey had no place. Homeless and trying to stay in the rat race. A few years living out of his car. Seemed like he didn’t have a chance to go far. Now rich enough to own lake or have cake by the ocean. With his career pride and divine promotion. For Hamilton, like party girl to soul surfer distinction.

She might relate to Harvey’s comeback. Telling People he heard God’s knock knock. A voice saying keep on keeping on. Taking you places you’ve never gone. Don’t quit, it’s like you’re almost there. Maybe that’s why he’s so full of flair. Even when awesomeness feels stuck. We can do a few things to stretch our luck.

Tip: “Awesomeness at work” means turning passion into progress and finding ways to make a buck or stretch our luck.

Talkback: Has anyone ever told you (done for you) anything that made a way for going to the next level?