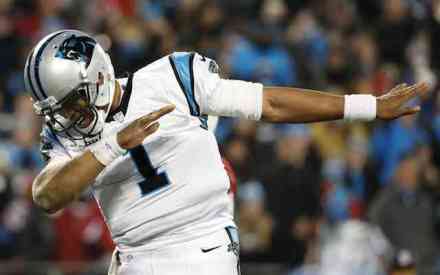 The countdown to the big game has begun. For Cam Newton it’s his first trip to the Superbowl. The other big game countdown is the 2016 Olympics. It’s six months away and Usain Bolt has his eyes set on the sprint double for a third time. These guys might be cut out of the same cloth of primetime performance.

Hall-of-Fame Quarterback Joe Namath is quoted by USA Today as saying “Cam is purely joyful to watch. He’s certainly entitled to showing his pleasure… if you’re not winning, you can’t do it.” Newton and Bolt show us how to bring juice on the job, mojo in the marketplace and super powers on the field of dreams.

Their gameplan doesn’t always go as expected. But they adjust their thrust because for them winning is a must. You know how water flows in a pipe when the pressure is released. They do the same as their juice on the job flows by releasing their passion. This works at the office and other parts of the business world.

Win or lose Newton’s likely to rake-in more commercials. Bolt’s not doing shabby either. He just landed a deal with an Australian company. The director said “It’s no secret that Usain Bolt competes to win. His hard work, fierce determination and unwavering commitment are exuded every time he hits the track.”

So what do these guys have in common? Well Cam celebrates with the dab. Usain poses as the ‘lightning bolt.’ They get the chance to showcase their strengths on the big stage. For Newton & Bolt, where there’s gold on the line they just turn super-power type performance into a celebration dance and hot pants.

Hall-of-Famer Namath knows about passing to catch. Saying Newton is joyful to watch. Entitled to showing his pleasure. ‘Cause he’s winning for good measure. Newton and Bolt bring juice on the job. Others want to say they’re snob. Mojo in the marketplace gleams. Super powers on the field of dreams.

Gameplan not always connected. Or going as they had expected. Finding ways to adjust. In focus, passing and thrust. Since winning for them is a must. You know how water flows in a pipe. When pressure released without the hype. Juice on the job flows the same. Work, play & passion in the game.

Win or lose Newton to rake-in more. Once game over and settle the score. Bolt’s on par to be market leader. Australian company his new commercial feeder. Director tells the story of competing to win. And seeing Bolt’s cheek-wide grin. Hard work, fierce determination and commitment with that stick a pin.

So what do they have alike? They could easily be like mike. Cam celebrates with a dab. Usain with ‘lightning bolt’ that’s fab. The chance to showcase their skills. On the big stage it’s the thrills. Where there’s gold on the line it’s a dance. Super-power type results in their performance and hot pants. 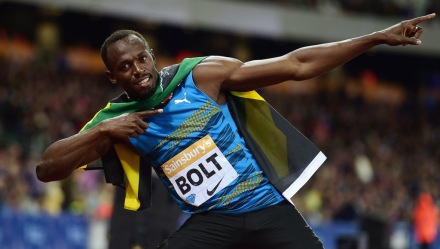 Tip: The best days on the job can seem like a song, dance and super-power type results in performance.

Talkback: Do Newton and Bolt have a point about why some people can’t give them their due?