The Grammys are coming! Yet, as Awards season rolls-on there’s another casualty due to Covid-19. The Red Carpet before the live show has been quarantined. So far, that’s the case for the People’s Choice and American Music Awards; no cat walks, celeb interviews or fashion slip-ups to set social media abuzz.

With the holidays also a good time for family and friends to gather, this year it feels like 2020 can’t end fast enough. So for some, they’re happy to feast their eyes on Michael B Jordan being named as People Magazine’s sexiest man alive, or to celebrate Tracee Ellis Ross as People’s Choice Fashion Icon.

As if on cue, Dwayne ‘The Rock’ Johnson joked that he’s not ready to concede the ‘sexiest man’ title. It’s something he won a few years ago. But People magazine editors say going into each year’s final selection they give thought to what the world wants and needs at that point and who’s bringing sexy back.

Jordan and Ross add style, looks and mojo to showbiz like the king and queen they are. Their pre-Hollywood careers helped set them up for making waves today. At first, Ross worked in the fashion magazine industry and credits her mom, Diana Ross a fashion icon herself, in forging her dreams.

But maybe it’s also the way they engage the consciousness of fans that adds to their mainstream appeal. Whether it’s with the diversity rider in hiring talent at his production company, or supporting #MeToo initiatives in her off-screen roles, they inspire us to strive and arrive with:

Ross has her own, even though she could have gotten some from mom. It’s a matter of how she builds-up reputation which takes time to turn into clout. In the early part of your career, reputation follows you. But in later years when reputation goes before you, that means it’s been built up with its own track record.

Jordan and Ross have developed their acting chops for primetime in a way that attracts large audiences. It’s in how they bring to life a character and bring character to life. That’s also been true for their career success. It’s about bringing to work a skillset and bringing a skillset to their life’s work.

Clearly, the acting and biz side of things aren’t all that they’re about. They are often very vocal when it comes to social justice issues. Calling for them is seen not as a call to self-service but to higher service. While for some Calling might have a religious feel, it’s really about connecting with humanitarian zeal.

Some might drool, swoon or even lust for their presence, but their impact is in what they do for the culture. They seem to cause a wake-up, level-up, serve-up, rise-up effect on people. Some celebs might impact us in one or two of these areas. But they don’t let things go to their heads as they keep it real.

It’s hard to imagine that the Red Carpet will be back for the Grammys. Plus, word is that the holidays are going to be much different this year with Covid-19 taking its toll on gatherings. But if we can hold on a bit longer while using time wisely, we can come out on the other side shining a little brighter.

Tip: The ladder of success has rungs that take you from skillset to your best yet.

Talkback: For the Grammy nominations, who got snubbed and whose fans feel a little rubbed?

The back to school season is really upon us now as pretty much most students across the country open their Zoom window. With Covid-19 still an issue, school districts are working on getting students back in stride for the upcoming year. Some started off with in-person classes while others do remote learning.

The Labor Day holiday is seen as the unofficial end of the summer and the first ramping-up of normal life. Kids return to school and parents wrap-up on vacation time. As to how normal things will be in the first few weeks is still a question. Whether at work or play, some feel being in lockdown mode is getting old.

In sports and showbiz, there’s some glimmer of hope in trying to get back on the regular. There’re events happening in a bubble, or at least without fans. Serena Williams is back on the tennis court at the US Open in NY while ‘The Rock’ surprised NY-area first responders with special props (or rather ‘kicks’).

Johnson recently announced a special giveaway of his sneaker-line to members of a local firehouse for all the work they’re doing on the frontlines. During this week of 9/11, he especially wanted to shoutout those who were impacted by tragedy as many reflect on what it means to serve your community/country.

Williams and Johnson are working with different motivations. For Johnson he’s bouncing back from being Covid-19 positive. For Williams, it’s her ongoing quest to hit that 24-mark in grand slam wins. No matter where we live, whether we’re trying to make that move or secure the bag, we can get motivation by being:

As the song reminds us, “if you can make it here (in NY), you can make it anywhere.” Many (including the Governor) might say that’s a dream confession of a ‘NY Tough’ state of mind. There’s a certain kind of ‘grit & grind’ that makes NY a place people love to live and others want to visit as a global attraction.

When Superstorm Sandy hit the East Coast, there was loss of life as in 9/11 but there was also more widespread damage/loss in property. The strength that people showed in bouncing back became known as ‘Jersey Strong.’ No matter where things are career-wise or in life we can up our game with resilience.

There was a time when heading west meant reaching new lands. Plus, there was a period of ‘California Dreaming’ as seen in the Gold Rush. Well, after Labor Day might be a good time to think about reaching new heights. But to make that move and secure the bag these days is a different kind of ‘gold rush’ and life dreams.

The CBD business has taken off across the country. One of the first places it started was in Colorado where recreational use was legalized. The State isn’t only known for the ‘mile high’ city of Denver. It also represents a kind of ‘Colorado High’ on figuring out new streams of opportunity for success.

This week, NY Governor Cuomo gave a blistering readout on hometown rebound due to Covid-19. He thinks the Federal government has a silly vendetta against NY. Well, for the economic situation to get back in stride where folks get to secure the bag, it will take leadership that’s more than just a ‘sugar high.’

Tip: To get back in stride and secure the bag takes adding ‘NY Tough’ to ‘California Dreaming’ from coast to coast.

Talkback: What other State slogan gets you going? 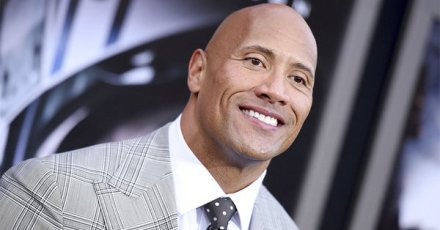 So who’s already in the holiday spirit? Ok step right here! And who’s not quite yet in the mood? Ok step over here! If that were a test for getting picked for a lucky prize, then some folks would be in the running and others would not. But what if the question was more about getting a promotion or a breakout role?

Maybe Dwayne ‘The Rock’ Johnson and Lin-Manuel Miranda can relate as they turn-up their game. Johnson is in high demand on the Hollywood big screen. While Miranda still draws a crowd to the Broadway stage. They’re taking their bankable and likable personalities to a new level in showbiz.

Their most recent efforts have them looking forward to how fans react to their work. Miranda points out a certain scene in his upcoming project that he describes as the “hardest 10 seconds of my life” because of its multi-tasking aspect. Johnson sees his new project as one that oozes with passion.

The journey to being respected in their field might remind us of what it takes to ‘woo at work’ and star in the game. For Johnson it’s about making sure fans don’t leave the venue unhappy from any of his performances. That might be true in the workplace for not leaving the boss or yourself unhappy either.

In taking skills and talents at work to the next level there might be some multi-tasking as well. But even for Johnson and Miranda there are a few other things that go along with those good looks and bright smiles. Their specialness seems to have a certain completeness that helps propel their greatness by how they:

One thing common to both as actors is having to know their lines. Oftentimes the role comes to life as they deliver the punchline or ramp-up the action. For success on the big screen or work stage we also have to know the drill for getting stuff done. Things takeoff as we ramp-up our performance.

Johnson has had to reinvent himself a few times. After a brief try at pro football, he made his name in pro wrestling before becoming an actor. We’ve watched him shift the grind the way an 18-wheeler might shift the gears. Some grit came with each shift and we saw that show-up in his many action roles. 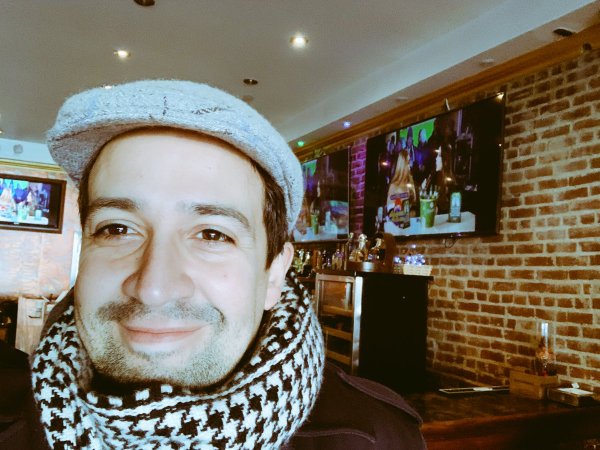 Miranda has a knack with words. Johnson has a knack with force. The thrill the audience feels keeps them wanting more. Whatever it is that’s your knack is the punch you gotta pack. The thrill we feel is the chills they send from delivering their role with great entertainment value.

Imagine what happens behind the scenes of these productions. There’re lots of technical parts that go into making it happen. As they’re having fun doing it, we’re having fun experiencing it. That’s where the passion for what they do comes through. We get to feel the fun from start to finish.

Not everybody gets to win the big prize or meet their favorite celeb. But if so, Johnson and Miranda might share a tip on being a plus-factor at work or a breakout role. It’s taking care of the basics and sometimes knowing the right tricks. And on the other side of the game, get your hustle-love on and give them chills.

Tip: The key to being able to ‘woo at work’ or star in the game is taking care of the basics, getting your hustle-love on and giving them chills.

Tracks: Erykah Badu – Other Side of The Game – https://youtu.be/3qpyDUfMq-8