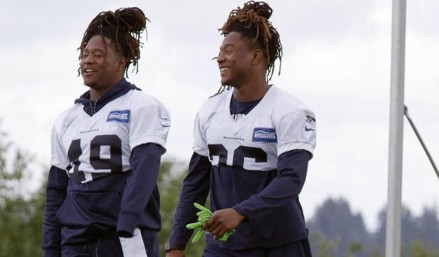 Who’s ready for some Cookie? For those not sure, we’re talking about the lead character on Empire. The show is making its last season run and fans will be watching for a host of reasons. If that’s not your TV ‘cookie’ of choice, then maybe you’re waiting for This is Us or the new smash show The Masked Singer.

While you’re thinking about your TV downtime, others might have seen the feature story on CBS’ 60 Minutes about Shaquem & Shaquill Griffin. They’re identical twin brothers playing in the NFL. It’s hard to separate them not just based on looks but also on the pact they made with each other as eight year-olds.

Shaq & Shaq (sounds like a law firm) grew up playing football in the usual youth leagues before making it to college. The problem was that initially one was accepted on scholarship and the other was left out to dry. Eventually they’d both get scholarships and play at the Division I level. 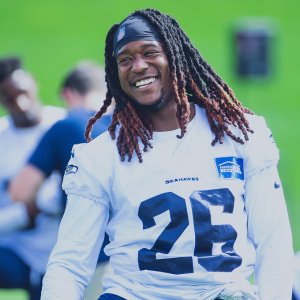 They made their way through the rigors of the sport and were ready to go to the next level. The problem was that Shaquem didn’t get an invite to the NFL Combines. His brother put in a word with the Seattle Seahawks who later invited him to tryout. Dude then ran the faster 40-yard dash for a Linebacker.

The story focuses on Shaquem because he’s the first one-handed player in the NFL. But that’s not how he’d like to be remembered. He wants his stats to do the talking. He works at his game in areas and ways that others might take for granted. When it seems like things might hold us back, he shows us to drop the:

So, about that show where stars perform behind a mask. Folks guess on who they think it is and then one is revealed. Interestingly, last season’s winner saw a jump in his cred. Well Shaquem didn’t hide behind his assumed limits and treat it like a mask. Nothing was gonna prevent him from achieving his dream. 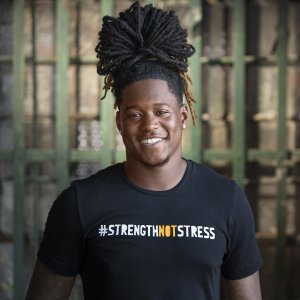 It’s said we show up in life with two fears: of heights and loud noises. All others are learned over time. What Shaquem seemed to have done was work hard not only at the skill of the game, but also at dropping his fears. He might have realized that f.e.a.r. is really ‘fools error acting ready’ to distract or disable our goals.

Remember when you’d get a bruise. It would hurt in the moment and for a day or so longer. Then a ‘scab’ would appear to protect the injured spot. Shaquem’s twin brother has been his protector through the long haul. But Shaquem has also dropped the ‘scab’ of not having both hands, where it doesn’t even matter.

When Shaquem didn’t get invited to the Combines that was some hurt. It might have even formed a ‘scab.’ But he decided he wasn’t gonna make excuses. He’d just keep plugging away. When he later got a chance at showing what he could do, he was able to run, tackle and catch like any player on the field.

No matter the career track or season, they’re some similar things we get to work on. Yes, there’s skill of the game, networking in the industry and challenges yet to overcome. When we make a pact or set a goal, we drop the mask, fear, scab and excuses for the passion we’ll make with an empire state of mind.

Tip: When folks make a pact or set goals, they’ll drop the mask, fear, scab and excuses for the passion they’ll make with an empire state of mind.

Talkback: So what’s Cookie up to these days and will fans see an appearance of Jussie? 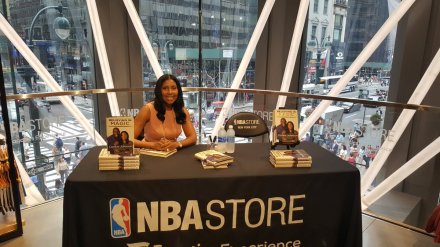 The fall TV season is jumping-off. Not too far behind is the NBA season. But Cookie Johnson, wife of Hall of Famer Magic Johnson is calling her own shots. So is Linkedin CEO Jeff Weiner even with being bought by Microsoft. Johnson and Weiner tell how passion and compassion have made them rock steady.

Weiner wrote to company employees “The Microsoft that has evolved under [CEO’s] leadership is a more agile, innovative, open and purpose-driven company. It was the latter point that first had me thinking we could make this work.” It’s one of the hardest things to explain about making it rain in biz so all can see.

What Weiner saw in Microsoft, Cookie saw in ‘Magic.’ As her book title suggests she was Believing in Magic. So she started a Jeans fashion line and Weiner wanted to make sure a merger of two companies would have the stars align. No one can take away what they’ve invested in themselves and their dreams.

Referring to ‘Magic’ Cookie told Oprah “On his side, he was building his business as he was getting bigger and bigger and bigger – so, it just all became about work for him.” Lessons they share say as much about living in the moment and walking on sunshine. It’s also doing what it takes to be best-in-class.

Fall TV season jump-off has begun. New dramas and NFL players on the run. Not too far is NBA to start soon. Who’s ready to hoop to the moon? Cookie Johnson still calling the shots. After raising kids and stirring the pots. She and Linkedin CEO Weiner passion ready. As compassion made them rock steady.

He wrote letter to company staff. A little something even to make them laugh. Saying Microsoft as new owner is good. Starting from the little engine that could. Innovative, purpose-driven and agile. How they viewed the rank and file. One of the hardest things to explain. Is for others to see biz making it rain.

Johnson doing the rounds for new book. How the journey took a second and third look. Coming to grips, starting from scratch. Is what it took for a happier patch. For them doing different in the game. Creating better than just fame. Leaving something special on the trail. What it is, what it is, what it is, the holy grail.

Weiner and Microsoft working as one. Cookie and ‘Magic’ moving past once and done. Believing in Magic her calling card. Building Jeans line on the yard. Hoping things would work out fine. As peeps and company visions align. So much invested in their dreams. Seeing the inner workings of great teams.

Cookie telling Oprah stuff deep in her soul. For how she’d let the good times roll. Magic building a biz was all it took. But still not letting him off the hook. Getting bigger and bigger on Wall Street. Yet walking on sunshine in the heat. Living in the moment as their hall pass. Doing what it took to be best-in-class. 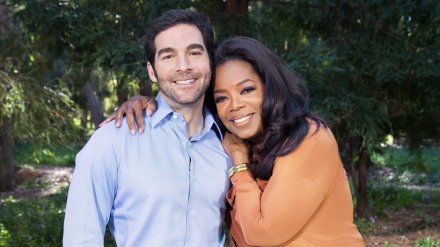 Tip: Making it rain in biz can mean turning a setback into a major comeback with huge personal gain.

Talkback: What’s one of the best things about the ‘Magic & Cookie’ story? 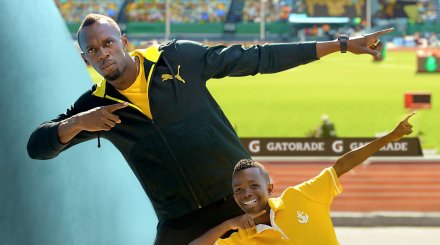 Two weeks ago a Compton teen took off in a single engine plane to fly around the U.S. He’s back home now after doing just that. In two weeks the world’s attention will put the Rio Olympics on the radar. It’s clear that Isaiah Cooper & Usain Bolt can fly, when you check the record for how they blazed new trails.

Cooper and Bolt shared how they put their goals in flight. Bolt told Foot Locker’s Eastbay Magazine “I have to really push myself to make sure to stay in the shape I want to be in when the time comes.” These guys give us two stories on how the next level of many things starts with the three laws of project rising.

At 16, Cooper’s in the news as the youngest African-American to achieve this feat. But he remembers being on a path in life that wasn’t productive. The shift came about from visioning what could be. He avoided self-destruction by pushing the right buttons. That’s a good thing to learn as a budding pilot.

Who knows, they might have similar experiences when in flight. For Bolt it happens somewhere around 60 meters. Commentators like to say that his top-end speed got him cruising. Whether on the track, in the cockpit or at the office, they know this game time ‘cruising feeling’ means having passion at top-end.

Bolt has a big task ahead, hoping to make history by winning the sprint events at a third Olympics. Cooper also has sights set on new heights. In two years he hopes to be the youngest to fly around the world. As Bolt chills in the tropics he reminds us “If you put the work in, it will show at the end of the day.”

Two weeks not long ago you see. Compton teen took off to be. Flying around U.S. coast to coast. Now back home to a hero’s toast. In two week not that long or far. Rio Olympics to be on world’s radar. Isaiah Cooper in single engine plane sails. He and Bolt have blazed new trails. Check the record it’s off the rails.

Cooper and Bolt put goals in flight. Got people saying Alright Alright! Bolt knows he’s gotta keep pushing. To be in shape for world-class running. So that when the time to perform is here. He can turn on the jets and go there. Two stories on how next-level steps get rolling. Kinda starts with three laws of project rising.

A 16 year-old in the news is Cooper. Doing something that makes him super. Youngest African-American to achieve this feat. Come-on Mr. DJ, pump up the beat. Flashback to times of being un-productive. Now on a path of vision constructive. Pushing right buttons as a pilot avoids the destructive.

Bolt & Cooper share feelings of gold. With stories that get told and sold. For Bolt it’s around the 60-meter mark. For Cooper it’s by the cloud-line dark. Top-end speed got them cruising. To a place of the after-burning. Whether on track, in cockpit or office space. That ‘cruising feeling’ means passion’s in its place.

It’s a big task ahead for the sprinter. Hoping to make history in Brazil’s winter. By winning events three Olympics in a row. While Cooper sets sights on higher air flow. Fly around the world at age 18 or so. Will make him youngest ever amigo. As Bolt chills in the island sun. Putting in the work before end-of-day fun. 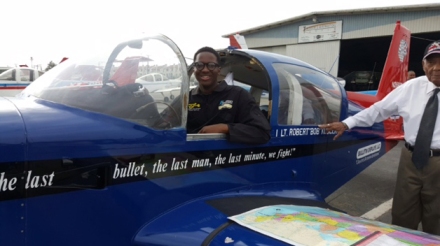 Tip: The key to blazing new trails is in turning on the jets so that after a while cruising time gets you there.

Talkback: What kind of amazing things might we expect at the Rio Olympics?