The Grammy nominations are out and a bunch of first-timers top the list. It seems Lizzo, Lil Nas X and Billie Eilish are the new faces of pop music. Lizzo leads the way with eight nods while Nas X and Eilish scored six nods. It’s their first time being nominated and represent a kind of ‘next gen’ Grammy class.

Some pop culture watchers say it’s becoming less about album sales and more about music streams as a gauge for how fans are listening. That’s the situation in the music business while in sports there’s a similar debate. As new athletes come on the scene how do veteran athletes stay relevant in the game?

Carmelo Anthony faces that question as he joins a new NBA team in his late playing days. He might look to Lebron James and Allyson Felix for clues. They share something in common that’s less about speed and more about ‘flowe.’ That seems to be the key to how they keep their game up and their gifting relevant.

Felix was recently seen in an add with Usain Bolt with a stack of medals around her neck. She has passed Bolt as the most decorated World Championship athlete with the most gold medals. Now she’s looking towards the 2020 Olympics to add more hardware and to possibly make history with team USA. 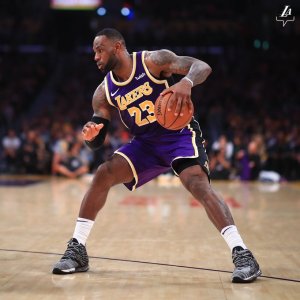 For James in his second season with the Lakers, he made history himself, becoming the first-ever player to score a triple-double with every NBA team over his career. The Lakers are off to a big start with the best record in the league. So how do they keep making it ‘do what in do’ in their careers? Well it’s with:

Jams and Felix seem to do a good job managing their off-season focus and their in-season focus. When it’s off-season they’re busy building market cred and hometown impact with new projects. In-season they’re doing things that have fans thinking they haven’t lost a step from start to finish of the season.

James has played for three different teams in his career. Each time it seems he brings a new level of leadership to the mix. Felix has been running her tail off for as long as most can remember. She recently had an issue with a sponsor for lack of support during motherhood. She’s still showing poise and grace. 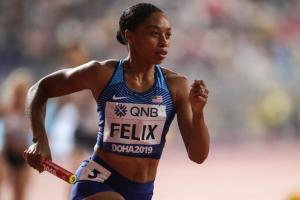 Making it ‘do what it do’ in career is sometimes a question of outlook. As with the aspect of their leadership, how they see things gives them a sense of self-accountability. They know having a good outlook means seeing the big picture before the big moment, seeing the forest from the trees.

Maybe one of the hardest parts of having a good work ethic is being able to do the things you need to do when you need to do them, when no one’s really watching. That’s what the off-season is probably like for James and Felix, even though today’s social media world gives fans more ways to be watching.

Tip: It takes a fresh stream of ‘flowe’, that’s focus, leadership, outlook and work-ethic to keep your game up and your gifting relevant.

Talkback: Can you see James and Felix together in an ad campaign? For what product/service?