Well the government shutdown is over and thankfully our public servants can return to work. This wasn’t the kind of workplace blip because of a change in career or starting a business. This was a standstill that was out of their control. It’s wild how some elected officials try to take credit for them going back to work.

Then there’s the Kanye West lawsuit recently claiming he was the reason for the successful rebooting of Jay-Z’s career. But a more exciting story is the Big Brother TV appearance by Tamar Braxton and SAG Awards appearance by Geoffrey Owens. They’re getting lots of love from fans for their comeback stories.

Braxton and Owens get real about passion, pain, fame as they rebound in their careers. For Braxton it’s about doing a brand reset from her time on the daytime TV show The Real. For Owens it’s more like a career reboot, after working at a food retail chain to make ends meet when his acting gigs dried up.

They’ve been through some moments that brought pain along the way. But even through those times they kept thinking about their passion for music and acting. They know how fame can have a way of ‘spitting you out’ from pop culture circles. But now they’re ready for their Act II as they refresh their showbiz feed.

Owens was part of a SAG Awards feature by sharing highlights from his career story. He ended his comments with the words ‘I am an Actor!” If Braxton had to do something similar, she’d probably end with the words “I am an Entertain-her.” Their advice on career reboot or brand reset might also include:

Braxton started out in the music business with her sisters before becoming a solo artist. She’s part of the Braxton Family Values reality show and even had a spinoff with her own show. Her success has meant being creative in a certain lane. And when there’s room to grow, going further by creating her own lane.

Owens spent time in the shadows of Hollywood when he had no roles. But as things went viral after being spotted working at a food store, he’s now in a different place. Acting gigs started opening up with a recurring role on a Tyler Perry produced show. So he’s able to concentrate his skills and pay the bills.

Her music career is on the comeback with a new album release on the way. Part of what she might have learned from her time at The Real is how to collaborate her efforts. Even as a solo artist she still has to work with producers, promoters and influencers. That’ll help her project go from studio grade to platinum. 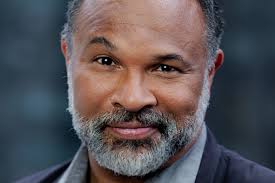 Owens might have agreed to do the Sag Awards feature to show appreciation for getting a second chance. But it might also be a good place to circulate his work. Meantime, Braxton’s appearance on Big Brother gives her the chance to do the same. She’s got fans voting for her in the publicist challenge.

Even in business the idea of a reboot, reset or refresh happens when companies says they’re ready for a do-over. Braxton and Owens are doing what it takes to keep the comeback wheels turning. They’ll have a new attitude and passion at work. They’ll be networking with peers and putting the career pieces together.

Tip: When you’re creative in your lane it opens the door for creating your own lane and taking things to the next level.

Talkback: Who’s ready to give Braxton and Owens credit for their brand reset and career reboot?