These days it seems celebrities and government officials love Twitter. From the Pope to POTUS, they’re sending updates on their comings and goings. Investors see an opening for the social media site to make money. Some think Jack Dorsey’s got his mac back and wants Twitter to rule the Wall Street world.

Dorsey is company co-founder. An angel investor tells the Business Insider “Twitter is not growing as fast as it could because the company doesn’t think big enough. It could be the next Google if it wanted to be.” There goes a great headline on the top three ways for raising performance ranking and market status.

He’s back as CEO having come full circle. In July he returned as interim and the search committee saw how he was an effective team leader, had product vision and could recruit top talent. Leader in your lane, vision for all seasons, talent for the journey: three qualities for getting ahead even if having to restart.

Dorsey first saw the service as a way to provide message updates to industry insiders. For him, this effort was about commanding his own lane in the social media landscape. It was at a time when other sites like Facebook were beginning to carve-out a user base beyond Myspace. Some thrived and others dived.

After being ousted as CEO in 2008 Dorsey might have seen it as a shift in season. He went on to launch another tech biz which handles credit card payment services using smart phones. So celebrities and biz folks like Steve Jobs and Jack Dorsey have had seasons in their careers that helped to boost their status.

Seems celebs and politicos love to tweet. Posting stuff from their daily beat. The Pope and even POTUS on deck. With updates on their global trek. Investors see some daylight. To put Twitter back in the spotlight. Some think Dorsey’s got his mac back. Wants to rule the Wall Street Rat Pack.

He’s an original co-founder. Now covered by the Business Insider. They say site not growing as fast as could. Company not thinking big enough as it could. The next Google something not far-fetched. Can get there if they stretched. Great headline on getting ahead. In the job or marketplace spread.

Back as CEO is like full circle move. Returned as interim before getting in the groove. Search committee saw effective leader. With product vision and talent recruiter. Leader in your lane, vision for all seasons. Talent for the journey among the reasons. Good for playing the part. Even if having to do a restart.

Saw the service for sending message updates. For industry insiders and other future greats. Effort about commanding his own lane. On the social media landscape plane. At a time when Facebook was carving-out new users. There was Myspace and others that became losers.

Ousted as CEO in 2008 or so. Might have sensed it was good time to go. Went on to launch another tech biz. Just shows he’s that much of a whiz. For credit card payments using smart phone. He was very much in the zone. Whether celebs or Dorsey or Steve Jobs. Seasons helped boost profile and money in globs. 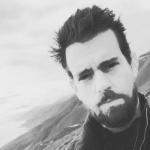 Tip: When life gives you lemons turn it into lemonade or at least keep your passion burning and not fade.