There’s a battle brewing in the music biz that has Billboard Chart watchers counting streams and bundles. Those are the new benchmarks that artists and their management companies lock-in on to push music sales. It seems the standard is still under review so who’s album is #1 is not simply just a click away.

Back in the day Jay-Z didn’t have that problem. He started out selling albums the old-fashioned way. Some might say he started out from the bottom and now he’s on top of Forbes’ Hip-Hop list of highest earners. With a billion dollar empire, he’s the first rapper to reach that money mark.

Serena isn’t doing too shabby either. She recently became the first athlete to make the Forbes list of richest self-made women under 40. Her fortune isn’t tied to just earnings on the court. She’s got her hands in other Venture Capital investments as well as gigs in fashion and sports that crank-out the ‘Benjamins.’ 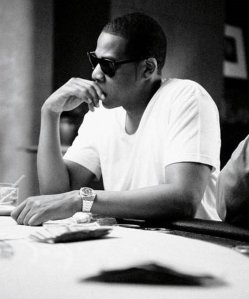 After his days dealing on the streets, Jay-Z jumped into the rap game. His early work featured a song where he said, “I’m not a businessman,’ I’m a business, man!” That’s something he’s proven over the years with his stake in liquor, sport management and the Tidal streaming service.

So now with the Forbes list selections and social media mentions, they’ve reached a new level of star power (as if Jay wasn’t already ‘Hov’ in the eyes of many). This summer Serena will be gunning for her next ‘first’ on the tennis court. It’s the journey “from the ‘hood to showing they could” which reminds us of:

An HGTV show with the same name looks at a house to see how a makeover can pull-out its hidden potential. Maybe that’s what Jay-Z saw in himself when he went from the streets to dropping beats. He did a career makeover based on some sense that he had hidden potential waiting to be unleashed. 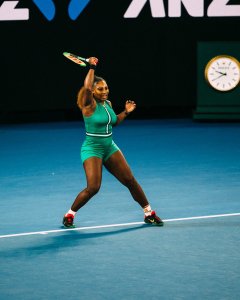 Serena started out playing tennis with her sister Venus. This wasn’t the normal sport for kids in the ‘hood. But with her father’s help, she practiced and practiced until she developed some impressive game skills. Now she’s got her eyes set on becoming the winningest Grand Slam player in tennis history.

How do kids in the ‘hood hope to make it to the “big leagues?” Well sports and music have been paths many try to travel. But for those who’re gifted differently, the dream path is another option. That’s where you know there’s something inside of you, itching to come outside of you and be experienced by the world.

Serena and Jay are not only on their dream path, they’ve found their purpose lanes. For Jay it’s his criminal justice reform efforts. For Serena, it’s her advocacy for women’s rights and other civic issues. Their purpose lanes have put them in the spotlight beyond what they do in the studio or on the court.

At this stage of their careers, they have no reason to be clout-chasing. They’ve shown themselves as proven winners and ‘Super Citizens.’ If we could get inside their heads and hearts we’d probably see how they used game skills to put hidden potential on a dream path and purpose lane with blessings returned.

Tip: Inside the heads and hearts of winners is a formula for success and evidence beyond a reasonable doubt for counting their blessings.

Talkback: Was Jay-Z really the first Hip-Hop billionaire or does that title belong to Dr. Dre?