That never-ending question of who’s the greatest ever NBA player has surfaced again. This time it’s because of a TV commercial featuring Michael Jordan. In it he sets the stage for an NFL matchup between Tom Brady and Aaron Rodgers. Of course folks thought Jordan was hinting at something else.

Often the question of the greatest ever basketball player brings up the name of Lebron James. But there’re times another name gets thrown in, that of Kobe Bryant. He went on to be known as one who brought the ‘Mamba Mentality.’ He says it’s a matter of ‘building your process and working your craft.’

Bryant has moved on from the player-roster but his name is still relevant. So is Kerry Washington who’s moved on from ‘Scandal’ on network TV to a new production on Broadway. Bryant brought his mamba flava while Washington brings her own acting chops in how talent rises on the big stage.

Sometimes people debate who is the greatest. Other times they debate a trend that’s the latest. What these two celebs know and show is how talent is to your it-factor as ‘hustle love’ is to your hit-factor. Bryant explains this by sharing that he worked at the small things so he could perform the big plays. 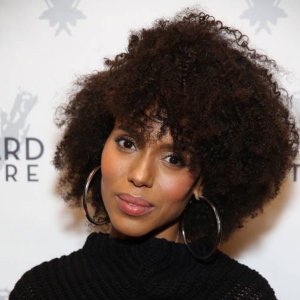 When you peal back the player in Bryant and the layer in Washington you get to some core aspects of their success and greatness. Some of what they do can apply to the work court and career-you. Whether it’s to start-over on the daily grind or start-up a new journey in the real world they push their talent for:

Washington who grew up in the Bronx has returned to New York to perform on stage. It’s something she’s familiar with as a child. She says she was a busy-body teenager when she caught the acting bug because her mom put her in extra-curricular activities. Her goal is to improve her ‘live performance’ roles.

Bryant says he worked at his skill and at his game. There’s the skill in how he shot the ball or how he made a pass. But there’s also the game in how he made talent become more than his it-factor. He would try to understand all aspects of the game (the detail) to deliver his hit-factor.

There’re times you see an athlete make a play that commentators say was a gutsy move. That simply means not everyone with talent might have been able to pull that off. Bryant and Washington from their career might say ‘gutsy’ happens when we commit to growing in the game personally and professionally.

The ones who experience a measure of greatness are those who are remembered not just for their play but for their story. Washington has made her commitment to social justice a part of her story. Bryant is turning his champion experience into life-notes for trailblazers. Oftentimes the story is the road to glory.

Washington hopes to pass-on her childhood experiences while working in NY. She’s taking museum trips and other adventures with her kids. Bryant hopes to inspire the next class of great players. They know that regular folks and those with startup dreams reach the mountaintop by turning it-factor into hit-factor.

Tip: The road to glory might start-off with talent as your it-factor. But it moves from the valley to the mountaintop because of your hit-factor.

Talkback: Was that Michael Jordan commercial a tease or a throwback?