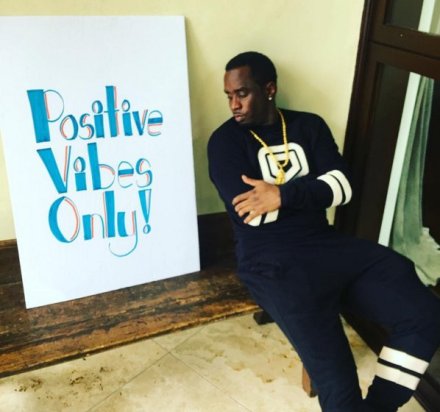 There’s a new ‘B’ in town..that’s Samantha Bee. She’s the recent late night host and the only female in the ranks. Meanwhile, back in Harlem USA, Sean ‘Diddy’ Combs is launching a new Charter school in his hometown. They’ve found new wind beneath their wings for hitting the sweet spot & lifting street value.

In a press statement Combs said “I want to impact the lives of young people in my community and build future leaders. All our children should be able to pursue their dreams. That is something I can impact with this school.” Diddy has gone from ‘good to gush’ by turning his career milestones into dream projects.

Before getting her own gig, Bee worked with Jon Stewart on the Daily Show for 12 years. Combs as the all-time rapper is teaming up with noted Educators to bring a new slice of success to students. They have used their early days in showbiz to figure-out how to crack the code or break the mold in media & music.

It’s that same tenacity that he hopes to bring to students. Maybe what works for connecting smarts to hearts might be the same as what’s helped him go from rapper to mogul. It’s in reaching people where they are and taking them to a place where whatever it takes to win, feels good. That’s the real hotspot.

The buzz around Bee these days is whether her rise will help to expand the club of female late night hosts. When asked about Stewart’s role she said “He gave me the platform for me to teach myself.” Maybe that’s how Diddy sees this effort as the next frontier in his quest to flex more eagle-high dreams.

There’s a new ‘B’ in town. With enough honey to go ‘round. That’s Samantha Bee from Comedy Central. Now with her own TBS portal. Meanwhile back on the Harlem block. Sean ‘Diddy’ Combs brings new school house rock. Both with new wind beneath their wings. Hitting sweet spot and street value things.

In press statement saying he wants to impact. Lives of young people as a ‘hood contract. To build future leaders and teams. So that kids can pursue their dreams. Something about doing it in school. Where learning is the main rule. He’s gone from ‘good to gush.’ So he wants kids to feel the same rush.

Before getting her own show. Bee worked in Jon Stewart’s comedy row. Spent 12 years doing funny bits. Now she’s ready to do the hits. Combs as all-time rapper’s delight. Teams-up with Educators in the fight. Bringing kids a new slice of success. To crack the code or break the mold after recess.

Same tenacity he hopes they gain. Knowing how to channel the pain. What works for connecting smarts to hearts. Helped him go from rapper to mogul parts. In reaching people where they are. Taking them to place of a star. Doing whatever it takes to win. A real hotspot that pops a grin.

Buzz around Bee is if her rise. Will expand the club or reach the wise. Female hosts in late night ranks. And some women in their spanks. When asked about Stewart’s mentor role. Kinda wants to say ‘bless his soul.’ It’s how Diddy sees his next milestone. Eagle-high dreams to stepping stone. 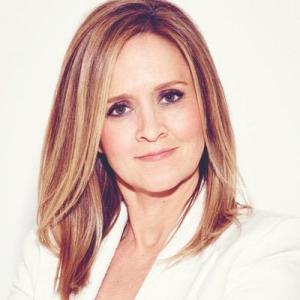 Tip: Going from good to great and doing everything to win means teaching yourself whatever it takes.

Talkback: How will we know if late night TV is ready for more women in the big chair?