Celebrity guests have been stopping by like there’s no tomorrow. Many of them have been on the show before, but this is their final go-around. The Late Show with David Letterman is about to sign-off. Industry watchers look back and see how Letterman created ratings gold with a formula that won’t grow old.

Letterman first tried his hand with a variety talk show on NBC. After it was cancelled Johnny Carson picked him up as a fill-in. This helped with gaining exposure and building his professional chops. Letterman saw an un-served niche and made his next move into late night TV around his comedic form.

Ask any athlete, executive or showbiz star and they’ll say the key to ratings gold is in turning form into a formula. For Letterman and talk show producers it’s about showing celebrities as regular folks and turning regular folks into celebrities. Unlike the British Royals not many people are born with household names.

With Letterman as well as regular “jane’s and joe’s,” a winning formula might also be about turning a challenge into an experience. Letterman had the challenge of Leno to keep him on point. An athlete has the challenge of a fierce competitor to keep them from becoming complacent or even irrelevant.

In a recent interview with Jane Pauley, Letterman was asked about his future plans. His response was “I feel naked and afraid.” It’s like going to a place with no name. As with Pauley and Oprah ‘priority one’ was about embracing the next chapter. But for the most part it might also be about reaching the next level.

Celebs have been stopping thru. Like there’s no tomorrow in view. Many been on the show before. But this time it’s for the final score. Late Show with David Letterman to sign-off soon. Set for taking trips to the moon. Industry watchers look back and see. Letterman had ratings gold with guests from A to Z.

First tried hand with variety talk show. Then NBC cancelled when ad dollars didn’t flow. Letterman then picked-up by Carson team. For him it was like living the dream. Helped him gain exposure like sun on farm crops. By building his comedic form and professional chops.

Athletes, execs and showbiz stars might say. Turn form into formula to become ratings mainstay. With Letterman and producers showing celebs as regular folks. Plus skits to add-in a few pop jokes. Turning regular guests into celeb-ready fame. Unlike British Royals most peeps not born with household name.

A formula for regular “joe’s and jane’s” as well. Turning challenge into experience a tough sell. Letterman had Leno to keep him on his heels. Athletes have fierce competitor and know how challenge feels. Good way to avoid becoming complacent. Or losing fan-base and become irrelevant.

Letterman interviewed about future plan. Afraid and feels naked without his band. Sort of like going to a place with no name. Maybe feeling like he’s losing his game. As with Jane Pauley and Oprah who tried to capture. ‘Priority one’ is in embracing next chapter. Or even going to next level for happy ever after. 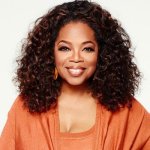 Tip: Good form and formula are important for experiencing the next chapter or reaching the next level.
Talkback: Will Letterman go off into the sunset like Leno?
Groove-Tracks: Marvin Sapp – ‘Yes You Can’ – https://youtu.be/5tXxBOKORpk


This production of “Wise-up Wednesdays” Blogcast by Douette ‘Doc’ Cunningham is a presentation in “social media entertainment from the groove-track of life!” #WUWECAST