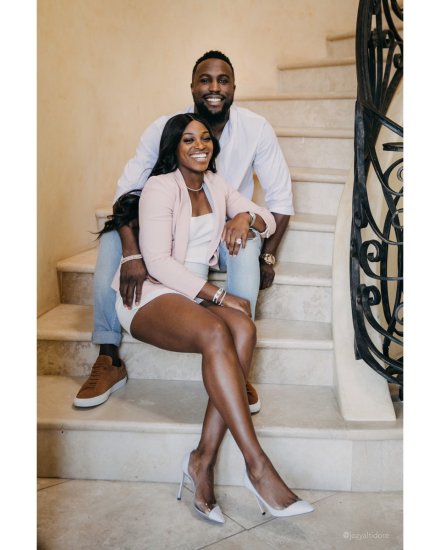 Not many job opportunities get live-streamed or broadcast for hours. But such is life for those in professional sports. This year’s NFL Draft is history with some teams still scrambling to finalize their training camp roster. If your fav team picked the player you hoped, then all’s well with your fantasy draft.

That might also be what Jozy Altidore and Sloane Stephens are thinking after announcing their engagement. In their words, each was the other’s first round pick to spend their lives together. Altidore the soccer star met Stephens the tennis pro many years ago. Now they’re headed to the marriage altar.

A marriage between player and team made in NFL draft picks or one made in life’s travels comes with a similar excitement and joy. Altidore has been doing big things in Major League Soccer and recently re-signed with the Toronto club. He’s also played on the U.S Men’s team as a leading goal scorer.

Stephens made a name for herself in winning the 2017 U.S. Tennis Open. She’s seen in chocolate milk commercials selling it as an alternative sport drink of choice. Now she’s part of the squad showing U.S. star-power with her performance at the 2019 Fed Cup, which is the World Championship of Tennis.

No matter what’s your passion, hustle or what started out as your first love career-wise, these two give us a sense for passion rollout and work-life balance. Whether it’s being picked in the Draft or getting hired after graduation, sometimes it’s not only about having big stats, it might also be about having:

The top picks in the draft certainly know how to play the game. Altidore and Stephens have been playing their game for a long time. The professional game no matter the career isn’t always about being a high pick. It might also be about bringing something special to the game that could make you a double-threat.

Altidore and Stephens might approach their games differently. But at the end of the day they know it’s important to have fun doing what you love. When the thrill is gone, fun might follow. Stephens says when she was injured, they were still able to make fun of things or fun of each other to keep the passion strong. 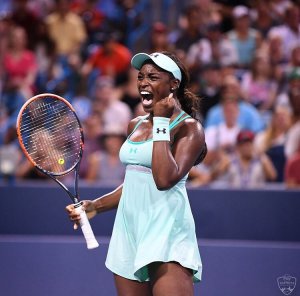 After knowing each other and losing touch as kids, they re-connected and began dating. Their roads crossed again and it’s as if their souls were waiting to re-unite. Sometimes that’s how it is professionally. Things might go off-course or dreams might get delayed, but the universe will re-unite passion and soul.

Some fans still wondering about picks made by their fav team. Even before the ink dried, there were player trades and team upgrades. Altidore and Stephens aren’t wondering anymore about their picks. Their hustle-love on the field and forever-love in life bring together heart, drive and soul to hustle hard.

Tip: Whether it’s from hustle-love on the field or forever-love in life, passion gives you an edge by having game-smarts and being a fun-soul.

Talkback: Who were some of the winners and losers at the recent NFL Draft?

“Get your hustle on, or at least bring your A-game so that your street cred as a game changer is in using work ethic to inspire team dream.”