The countdown is underway for the next big events on the pop culture calendar. Some fans can’t wait for the NCAA March Madness team selection. Others are looking forward to the iHeartRadio Music Awards. But in the meantime there’s Jordan Peele and Iyanla Vanzant taking fans on a ‘sharp turn, best life’ ride.

For Peele it’s in the success of his movie Get Out which won at the Oscars for Best Original Screenplay. It’s the first time that’s happened for an African-American. The movie is part horror, part thriller and part comedy. It starts out with a car making a sharp turn on a local street as the plot unfolds. 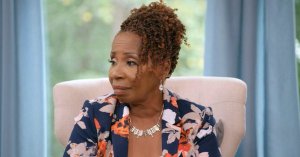 It was a different kind of March Madness in the season opener for Iyanla’s ‘reinvention show’ on OWN. Things didn’t work out the normal way where the guest accepts the chance to find a path towards their best life. Peele and Vanzant generally put their gifts to work on their first audience.. which is themselves.

They know the road to redemption or achieving aspirations usually starts on ‘Self Street.’ Oftentimes how we reach higher is an extension of our comfort with self. Peele and Vanzant turned what appeals/reveals to self as a formula for a successful movie or unscripted TV show that could have been counted out.

In a recent ‘Oprah at the Apollo’ interview Peele gave an inside look into the steps he took in moving his dreams in the right direction. Vanzant often shares hers by saying that she had to do the work to achieve the healing before her place of shining. Their first audience of success started out by taking:

We expect to eventually have breakout steps along the way. The ‘Get Out’ movie is a sort of breakout step for Peele after leaving his Comedy Central gig. Vanzant had her breakout step when she first hosted a daytime talk show. They’ve used breakout steps in taking a risk or setting out as a trailblazer.

They’ve also shown they can turn setbacks into comebacks. It’s something we’re teaching our daughter who’s been dealing with a leg (hamstring) injury. Each time it seemed like she was ready to return to her sport she’s had to pull back. Comeback steps help us with raising our game and elevating our dreams.

The journey of a 1000 miles begins with the first step. Whether we choose to walk, run or drive there can be lots of oohs and aahs on the ride. Steve Harvey reminds us that things might go south or get rough as part of God’s plan. But those who get back up keep things moving because they have dreams to celebrate.

Tip: The dream journey of a 1000 miles starts with preparation steps that might set us on a path as trailblazers taking breakout steps.

Talkback: Is it drama or trauma that makes things come alive in Get Out or on Vanzant’s TV show?