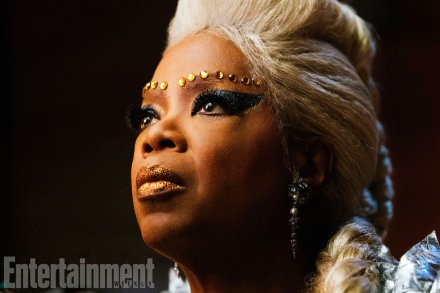 By now kids have settled into a new school year. There’s probably been a review period to get them up and running with topics they should know. Then things will shift into learning new stuff. Recently, Oprah took 15 minutes and Jordin Sparks took 3 minutes to show us what ‘back in stride’ in business looks like.

Oprah returned to a role she mastered in her earlier career. As a new contributing host on the CBS program 60 Minutes she said it felt like ‘coming home.’ She moderated a panel discussion on current affairs in a way that would disarm those on the ideological ‘right’ and charm those on the ‘left.’

For Sparks it was a chance to sing the anthem at Monday night’s NFL game on a national stage. She’s been working her way back into pop culture venues after a period of being off the radar. It’s been 10 years since she won American Idol and a lot longer than that since Oprah worked as a news reporter.

What does their return to primetime tell us about reaching a new breakout stage in career goals or biz dreams? There’re things they’ve done which remind us about going from career hold to career gold, from career grind to rewind, from dream seed to dream shoot. In part, it’s in what they did to channel their flow.

After doing daytime talk for 25 years, Oprah decided to launch the OWN Network. She saw it as a next-chapter step in her life’s work. To understand that journey from start to destiny is to see her professional shifts from job to career to vocation. But it’s not always that ambitious or straightforward for everyone.

In the case of Sparks, she kinda disappeared from the scene after injury to her vocal cords. She says it was a close call of possibly not being able to sing professionally again. She took time off for rest. What happened for her in the downtime and for Oprah in the meantime was what they did in ‘service to grow.’

To understand this, think about the story of the Chinese bamboo tree. When the seed is first planted there’s a period of no visible change or growth. This goes on for three or four years. Then suddenly after a while the bamboo tree can grow to heights of 70, 80, 90 feet or more in the space of a few weeks.

While nothing visible was happening it was still doing things in service to grow. That’s what Oprah did as she became cable channel OWNer. There was a period of ifs and buts. It’s what Sparks might also have done when it seemed like her career lights were about to go dark. I’ve been there a time or two as well.

But you realize that when surprise moments come your way that it’s not really a surprise to life. We see this on NBCs The Voice every so often. A contestant starts singing while the judges are turned away in their chair. After hitting the buzzer they turn around to see a face that doesn’t match the voice.

It might surprise the judge, but it’s not a surprise to life that the contestant can ‘sang.’ It was a surprise for some to see Oprah on 60 Minutes or Sparks doing the anthem. But it wasn’t a surprise to life to have that part of their dreams get the green light. They channeled their flow and are reaping what they did sow.

Tip: When you channel your passion’s flow, you’ll reap what you sow as you ‘service your grow.’

Talkback: Who was Oprah ‘channeling’ in her 60 Minutes debut as old-school news reporter?