“Lights, Camera, Shack-tion!” That’s the caption on the live stream of Shake Shack. Rumors are the ‘fast-casual’ burger chain is weighing an IPO. Meanwhile, the women’s beauty line of Carol’s Daughter is coming out of Chapter 11. What Lisa Price did for Carol’s Daughter, Danny Meyer did for Shake Shack.

They both had interesting beginnings. Price started making her products in the kitchen of her Brooklyn apartment. Meyer’s idea for a burger joint first started with a hot dog stand in New York. After a period of trial and error then things took off. Their expansion saw an infusion of money from angel investors.

It hasn’t been a ‘cake walk’ of a journey. Ms. Price remembers selling her products at flea markets. Women kept asking about other kinds of products, beyond the one’s she had available. They’ve taken their businesses through the highs and lows by listening to the customers and responding to the market.

The secret to their success holds true for dreamers and career climbers. It’s found in the ‘hustle and flow’ mentality that has seen them through. Carol’s Daughter is bouncing back from bankruptcy with an entrepreneurial spirit. Shake Shack is blazing new trails and reaching new heights with a teamwork ethic.

Carol’s Daughter has grown from nickel and dime sales to multi-million dollar brand. Shake Shack has grown from shakes and fries to an international burger chain. The flagship store in NYC is seen on their live stream with long lines of waiting customers. They both started off with a few dollars and a dream. 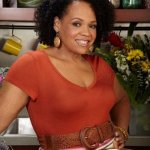 “Lights, Camera, Shack-tion!” Found on their live stream caption. The ‘fast-casual’ burger chain weighing IPO. As told by folks in the know. Meanwhile Carol’s Daughter files Chapter 11 not 9. To turnaround women’s beauty line. Lisa Price is for what ladies purses pack. As Danny Meyer is to the burger Shack.

With interesting beginnings under their belt. And a passion for what in their gut felt. Price started in her Brooklyn kitchen. After putting away the cooking mitten. Meyer’s idea was a hot dog stand. Which began to make money in the grand. After trial and error along the way. Their expansion came on investor day.

Hasn’t been a ‘cake-walk’ to say the least. Had to pinch pennies and forgo the feast. Ms. Price started selling at the flea market. Before landing retail shelves in Target. Women’s feedback pointed to even more. Giving her a sense of customer score. Through highs and lows for moving sales out the door.

Secret to their success true for dreamers. Even for career climbers driving beemers. Found in their ‘hustle and flow’ mentality. And also buzz from well-known celebrity. Carol’s Daughter says bankruptcy is back in the past. Entrepreneurial spirit will make them outlast. As Shake Shack boosts rating with teamwork cast.

Carol’s Daughter no longer just nickel and dime. Now a multi-million dollar brand in its prime. Shake Shack no longer just about french fries. Now an international burger chain on the rise. NYC Flagship store with line of customers in waiting. Both started with a few dollars and a dream in the making.

Tip: A few dollars and a dream can take you from idea, to emerging startup to breakout enterprise.

Talkback: Who would be willing to invest some dollars and a dream in Shake Shack or other gut idea?